Dr. Zhaleh Boyd Phillips is a sociologist, intuitive healer and Certified Steam Practitioner based in Atlanta, GA. She is the owner of Yoyoni Spa, which provides vaginal steams, medicinal teas, herbal steam blends and portable steam saunas to local, national and international clientele. We interviewed Zhaleh to learn more.

What is your profession?

I am a healer and a business owner — that much I know. I’m still working on a fitting title. Let me know if your readers have any good title suggestions! I work primarily in female reproductive health and wellness but I have very recently begun working with men on reproductive health as well. And as an intuitive I’m able to help my clients communicate more efficiently with several different aspects of themselves. 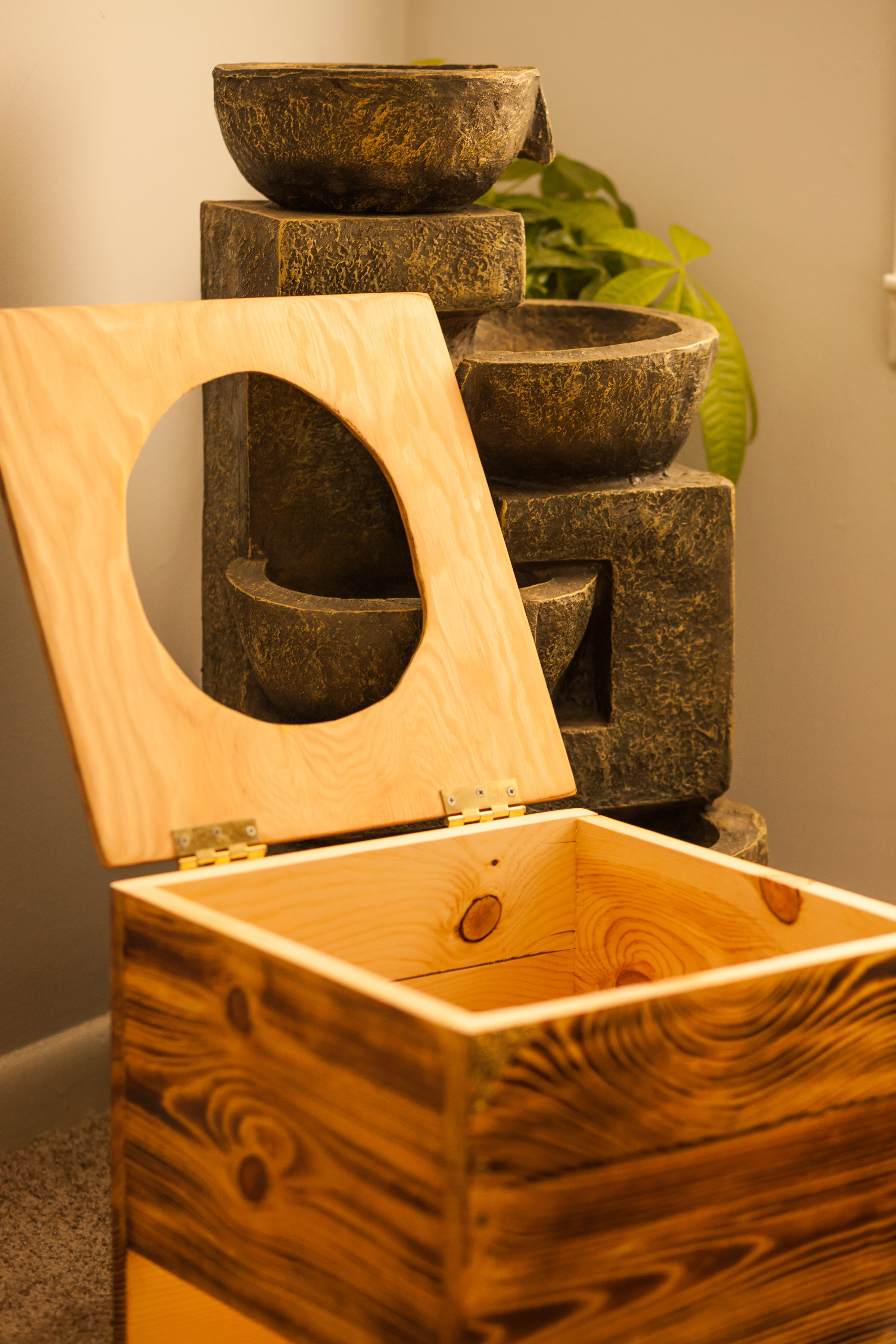 Where did you go to school or get your professional training?

I have a BA from Clark Atlanta University, a Masters in Public Diplomacy from University of Southern California, a PhD in Social Justice: Contemporary Slavery from the Wilberforce Institute for the study of Slavery and Emancipation, and I am currently working toward becoming a Peristeam Hydrotherapist at the Peristeam Hydrotherapy Institute (PHI).

How long have you been practicing?

I have been an accidental intuitive healer since before I was born but I’m just now starting to get the hang of intentional and focused healing. I began receiving vaginal steams 13 years ago when I was living in Seoul, South Korea. I shifted to the PHI method and began self-administering vaginal steams about 5 years ago. At the time I was working in human trafficking eradication and saw the connection between vaginal steaming and healing from sexual and ancestral traumas. I got certified in 2017 and opened Yoyoni Spa exactly 1 year ago. I designed the Happy Moon Traveling Steam Chair 6 months ago and put it on the market last fall.

How did you learn about vaginal steaming?

I had heard women discussing vaginal steaming as an abortion method when I was a child. When I moved to Seoul in 2006 I started getting ‘hip baths’ each time I visited the jjimjjilbang, or bath house, with my friends. 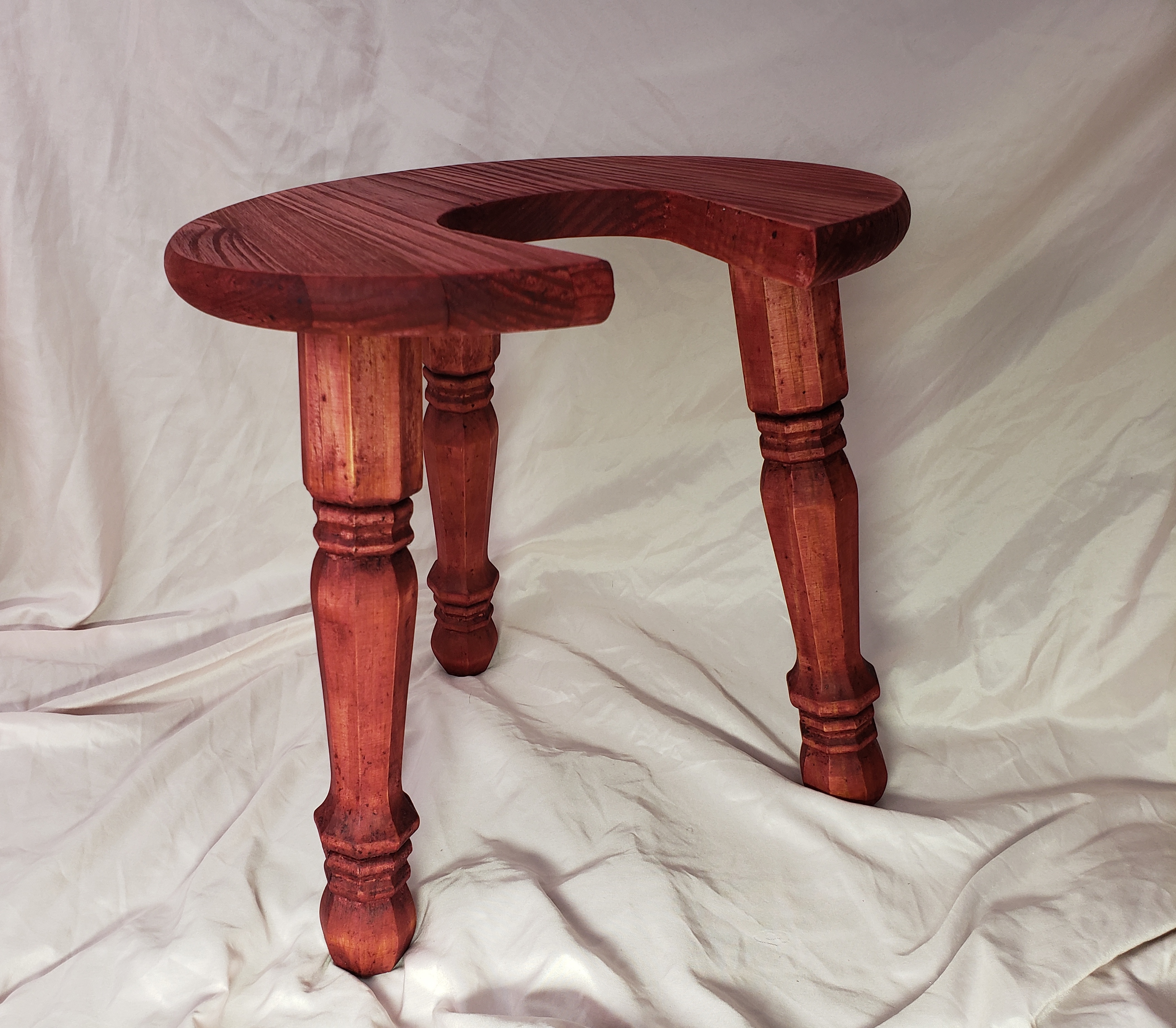 Do you use vaginal steaming yourself?

Absolutely! I steam a minimum of 6 times per month (3 consecutive days postmenstruation and 3 consecutive days post-ovulation) but I usually steam more often than that. I had my first period at 9 years old and they have always been extremely disruptive. I had cramps from my ribs to the soles of my feet, nausea and vomiting, heavy bleeding, clots, hallucinations, disorientation, fatigue and migraines for 7-10 days every month. The v-steams I had in Seoul helped a lot; I started being able to work while I was on my period and some of the symptoms disappeared. I moved to LA in 2009 for graduate school and steaming was widely available at Korean spas, so I was able to keep up the practice a bit. It cost roughly quadruple the price it did in Seoul so I couldn’t do it as often. I moved to the UK to pursue a PhD in 2012 and couldn’t find a steam anywhere! Keli had been studying vaginal steaming and TCM for a while and she started giving me some pointers on rigging up a home steam. We tried a lot of different steaming regimens but it wasn’t until I was living in Atlanta in 2016 that we started seeing consistent results. 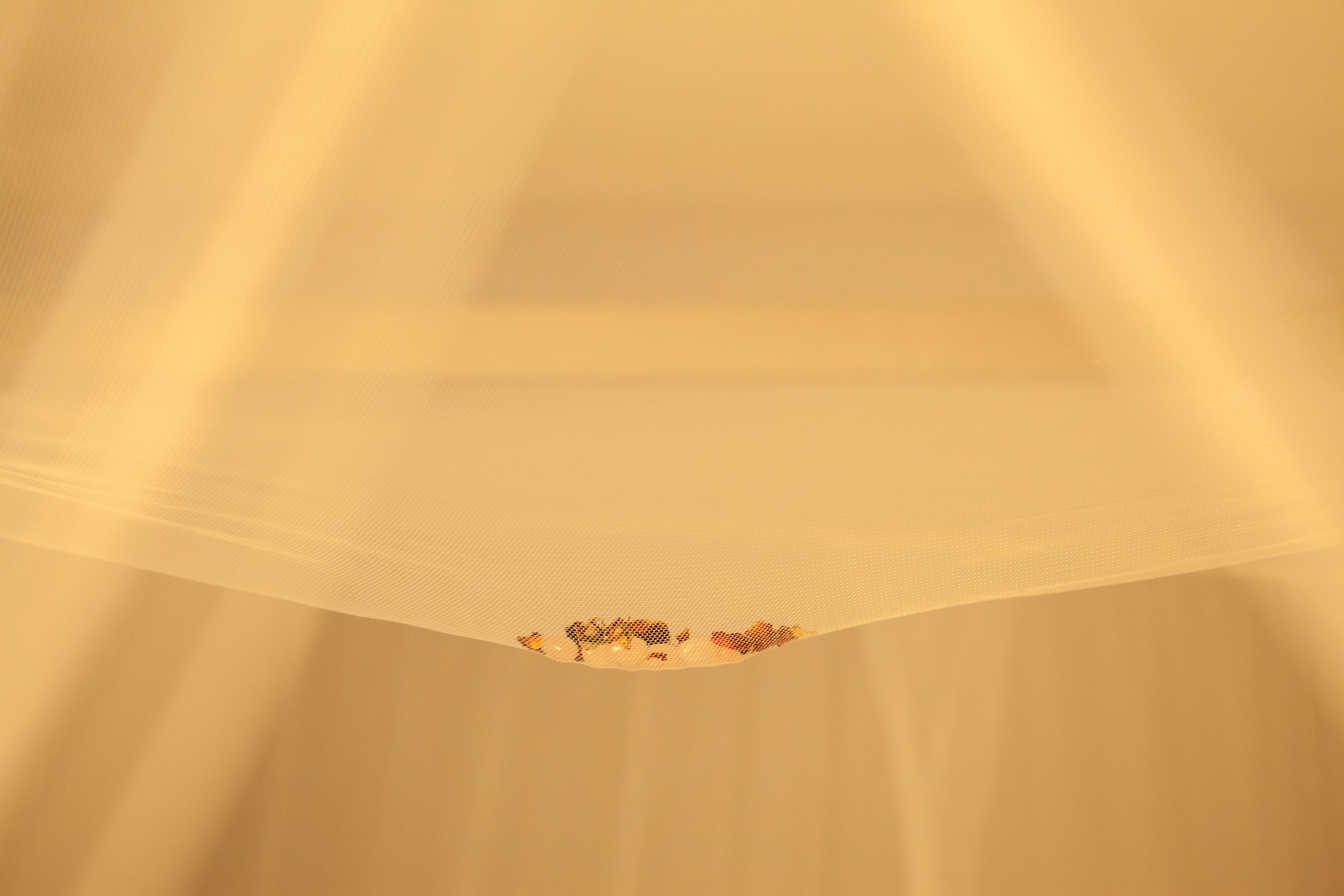 What has your personal experience with steaming been?

It has been liberating and restorative. As an intuitive, I began carrying other people’s emotions and experiences in my body before I was even born. Hyperempathy showed up in my childhood as grand mal seizures, nearly constant exhaustion, and early onset menstruation. I first carried all that excess energy in my spine but I believe that after puberty I began carrying it in my uterus and ovaries. I also dealt with fairly constant sexual trauma from age 5-35 and I am carrying a large amount of ancestral sexual trauma in my womb and throat as well. For that reason, I spent most of my life attempting to cope by dissociating from my body. Steaming has helped me to reconnect, to understand the difference between my own energy and someone else’s, and to process each experience appropriately. I like to meditate while I steam. My favorite meditative mantras are “I am” and the ho’oponopono mantra, “I love you. I’m sorry. Please forgive me. Thank you.” Through meditative v-steaming, I’ve learned to communicate not just with my reproductive system, but with all my major organs. I’ve learned to lovingly set boundaries with other people’s energies and to heal my body, my spirit and my ancestors from a wide variety of traumatic experiences. 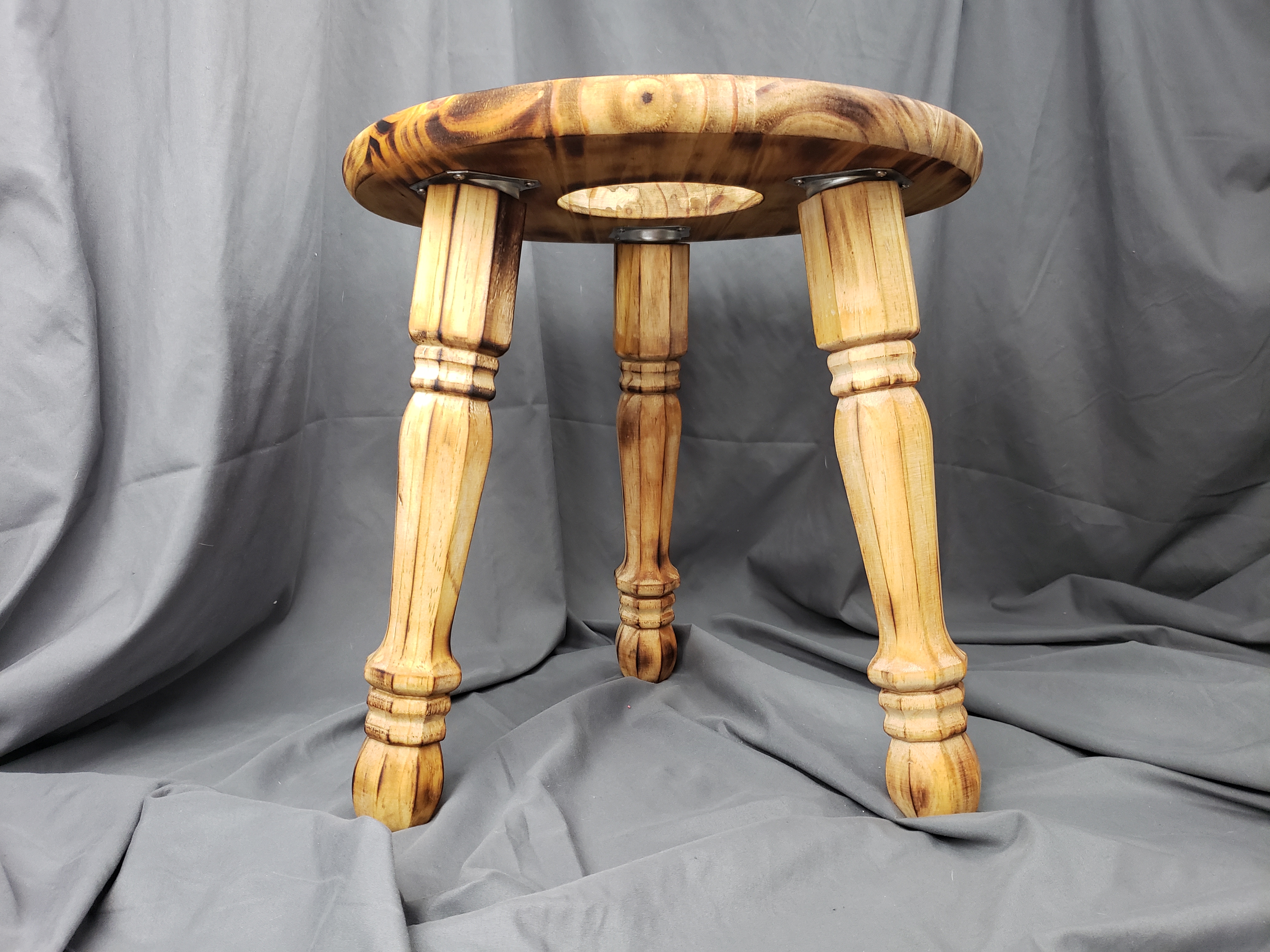 Why did you decide to offer this service to women?

I’ve always been a healer, even when I didn’t consciously know it. I started working in human trafficking eradication because I wanted to help women heal. As you can imagine, human trafficking wasn’t the smartest job for a hyperempath to choose — I was in constant pain. I had begun offering steams to friends and family (including trafficking survivors) in my home because it had helped me so much and I wanted to share it with others. Last June I had to retire from anti-trafficking work for health reasons and I decided to turn my side hustle into my main gig. Doing so brought me back to life! It’s so wonderful meeting each new client, listening to her experiences, and assisting her in finding simple, non-invasive solutions. It is truly an honor to do this work. 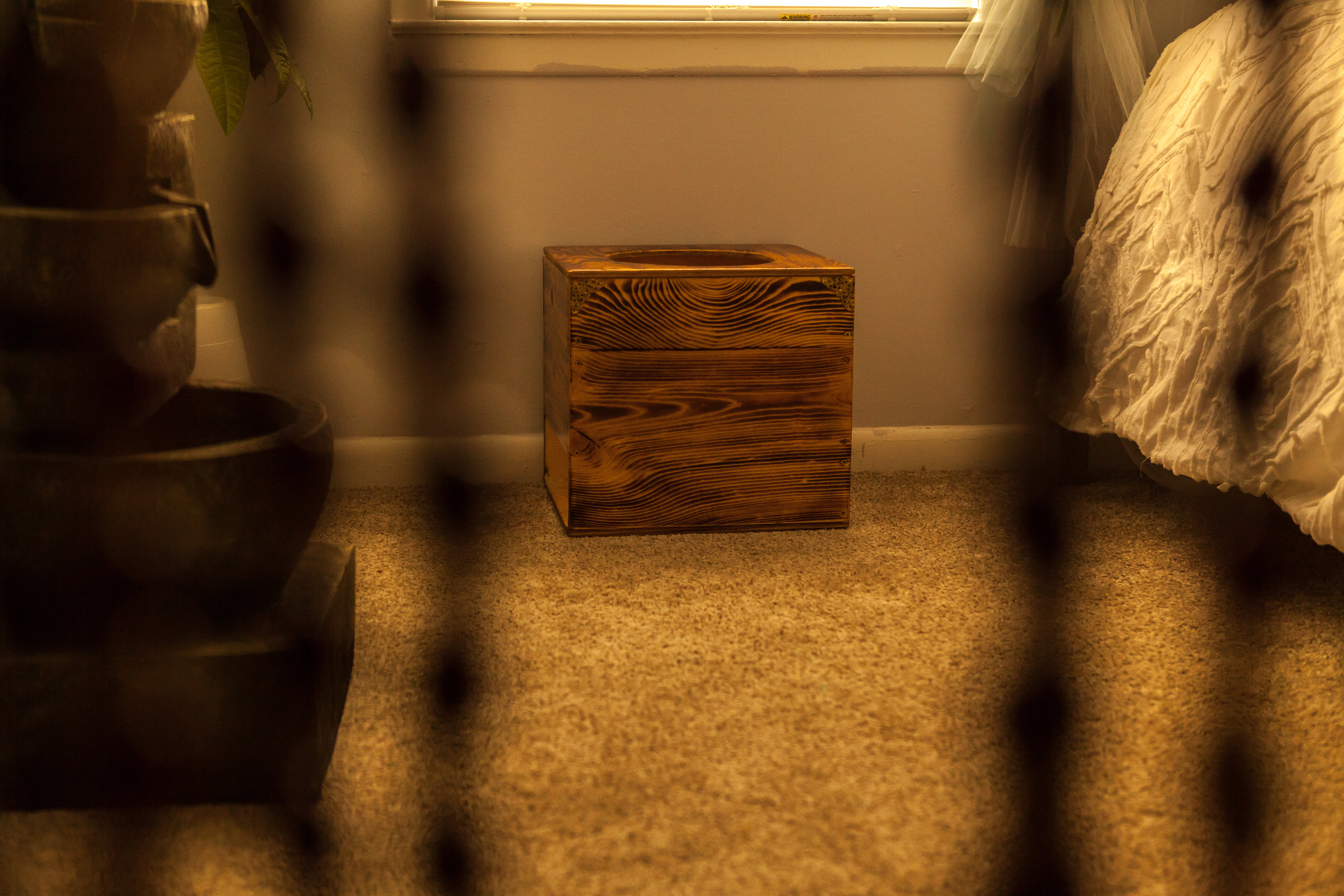 How long have you been offering vaginal steam services and where?

I started offering vaginal steams to friends and family in the guest bedroom of my Atlanta home in 2017. I launched Yoyoni Spa in February 2018 and have since added 5 flavors of medicinal teas, original herbal steaming blends, and portable steam chairs. 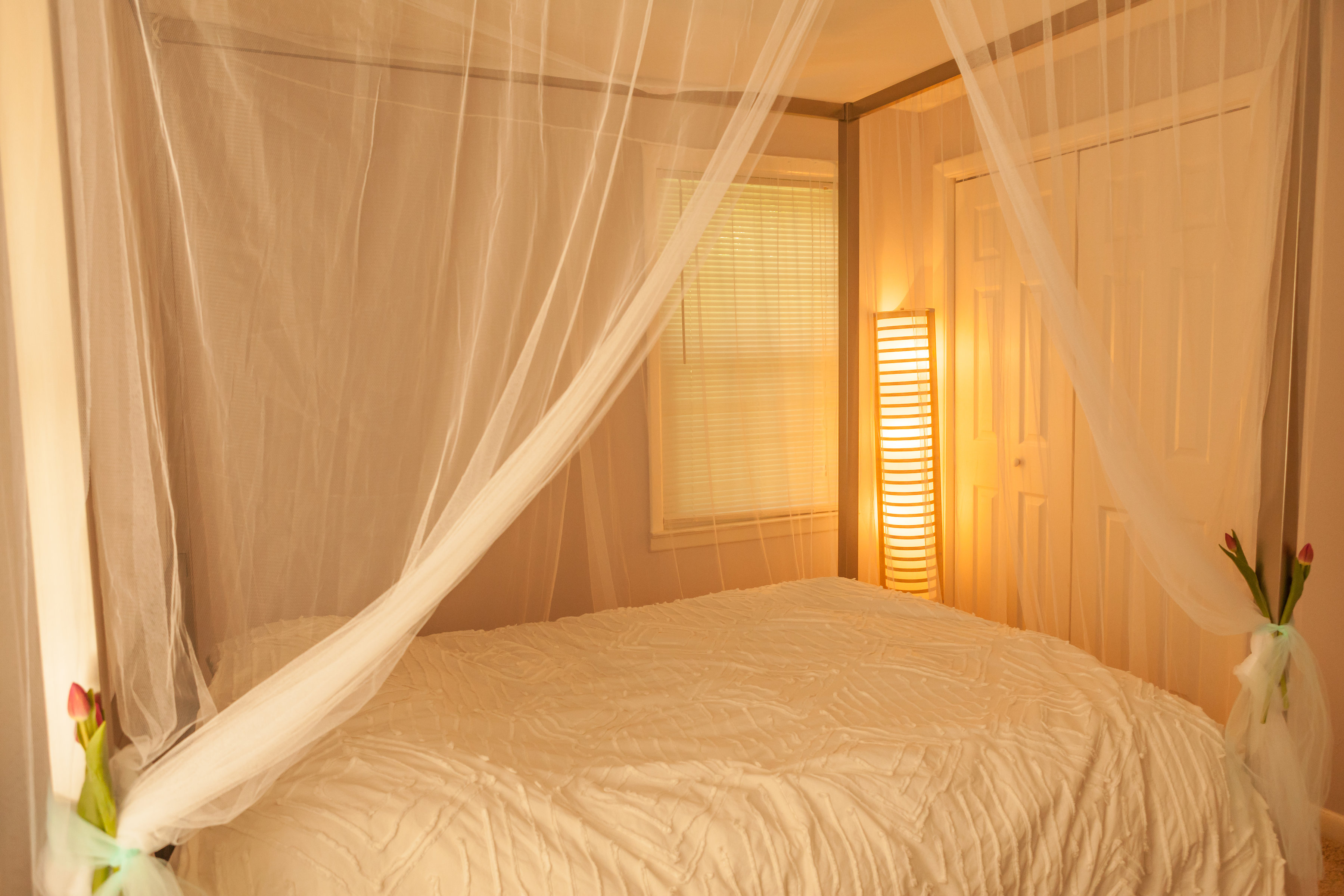 What benefits do vaginal steam services have for your clients?

How do clients respond when you offer them vaginal steam services?

Most of my clients and potential clients are excited and curious. I have a few who are a bit apprehensive and even afraid. Both types of clients want, at the heart of it, someone to talk to about a reproductive issue they’ve been struggling with. They’ve most often been told that the issue is normal and that there isn’t anything wrong with them, or that the issue is severe and they need hysterectomies. Those are such extremes! I like to encourage them to ask as many questions as they like about every part of the v-steaming process. Education is always empowering, so my intake and menstrual analysis sessions usually clear up any leftover concerns and leave them thinking, “So I’m NOT crazy!” If they do opt for a steam, they most often end up making it a regular practice.

Any favorite quotes from clients either during or after steaming?

“You saved my sex life!”

“My session today changed my life.”

“Be honest. Is this magic?”

“I have never in my life had a period this easy!”

Do any vaginal steam success stories stand out where the client had a significant health breakthrough?

I have a client and dear friend who came to me with a runaway period; she had been bleeding for approximately two weeks straight. She had uterine polyps and fibroids and felt overwhelmed by the constant, heavy bleeding. Her doctor wanted to give her a blood transfusion. I gave her a bottle of Yoyoni Crescent Moon Tea and it stopped the bleeding immediately. I then gave her a bottle of Yoyoni Blood Moon Tea, which restored her blood production. She was safe to steam after that and has been steadily working her way toward the perfect period and a fibroid-free womb. I have another client whose menstrual bleeding was so heavy she’d resorted to wearing adult diapers just to get through the work day. After a single steam, she no longer deals with excess bleeding and threw out the adult diapers for good. A third client had a baseball-sized Bartholin cyst that made it difficult for her to walk, sit or stand. She opted for an intuitive reading during one of her steam sessions, during which we discovered that holding on to decades-old anger was causing problems in her liver, which in turn manifested as a cyst in her Bartholin gland. By using both a steam regimen and a method for her to process her anger, she has kept the cyst from returning.